A quirky, fun book from Sir John Hegarty. Showing his insight into his working practice and his views on creativity. A brilliant read for a designer, encouraging fearlessness and having a team around you , for me as a fledgling designer its brilliant to read how such an established designer as gone so far.

One particular section which is interesting says

‘Why’ s the most important word you’ll ever use.

It explains that Why is actually a very exploratory question, by asking why all the time we learn more and more about the subject we are needing to design. From experience from other designers, this is another suggested approach with the idea of understanding why is actually an empathetic approach to research, this helps to generate a much better concept.

“But the danger in dabbling in with whats fashionable when creating is that you’ll get it wrong, or that by the time you’ve executed your work the world will have moved on.
For this reason, chasing fashion for its own sake is bound to end in failure”

This is unbelievably poignant in this day and age, with social media showing us thousands upon thousands of projects that other designs have made from around the world it would be tempting to take influence from them, however, is that influence the right one, will it last or is it just cool looking?
Thinking forward and being avant-garde is what you need to be a decent designer.

My main criticism of the book isn’t actually about the content, but instead its layout. It constantly shifts of indented to unindented and sometimes double indent making reading the book really difficult to read and it makes the book so much slower to read and to take everything in. On some pages, it even has the illustrations drawn all over the text making it feel really complicated, although once you get through all this mind it does make a great book for a fledgling designer.

Posted on December 10, 2018 Posted in Book ReviewLeave a comment

A superb book produced by GraphicDesign& exploring how graphic design relates to and works with the Healthcare industry. Exhibiting many projects from around the world and the practitioners who worked on them. It also presents the benefits that became of the project as well.

Showcasing many projects that have benefitted the healthcare system, Can Graphic save your life? show projects that wouldn’t ordinarily come up in research due o the niche nature of the industry involved. Presented paid for and free projects next to each other it presents the noble and honorable side of design as its focus.

One particular piece which i did find brilliant was the Teva corporate identity and packaging.

By generating a mixture of shapes with a number of lines through them Dan Reisinger created a packaging system that meant pharmacists could easily recognise drugs from afar. it worked but allocating shapes to a category of drugs for instance a square made of nine squares is a multi vitamin tablet. This project is a fine example of something which I wouldn’t have found if I hadn’t have found this book, certainly this level of branded organisation isn’t something I would have considered in the past.

Considering this book is a bit pricey and from a museum and about design, it’s clear the demographic is for designers and medical professionals, however, there’s a flaw in the book. It does a great deal to inspire both industries to work together and does present loads of projects that have succeeded, thus its amazingly inspiring, however, it only shows the output and the sometimes it mentions the success. No methodology. It inspires to do but doesn’t show how. Although yeah I understand and work with design research and work as a designer every day, it’s important to understand what these designers learn by working within that field. With the medical world so heavily regulated and stringently inspected designers would often be off put and without knowledge of what to look out for then it would leave them vulnerable to crushing mistakes.

A briliant book and one for any designer who wants to make a difference but one which needs further research afterwords for sure.

Posted on October 27, 2018 Posted in Book ReviewLeave a comment 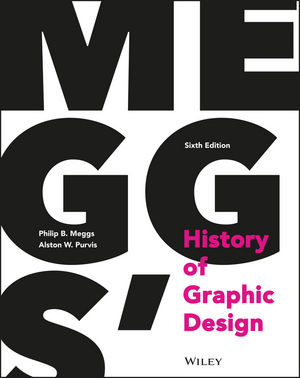 For the first book of the MA book reading club, we have Megg’s History of Graphic design. For me, I decided to focus on the Graphic renaissance section, my knowledge of more contemporary design is much stronger than my more historic knowledge, so I felt going back to study the early days of design may help give a stronger background in my thinking. By diversifying my knowledge of design and its history it gives a much wider base and foundation of visual language to call upon. It also gives background on some of the strongest fonts that many designer use, such as Caslon.

From researching more historical contexts I feel more influenced to research the enlightenment period more, this period gave birth to an amazing surge in knowledge and expression in many field , not just design and art which have modern day influence. This section has brought some aspects to my mind that i will be furthering my research into, in particular the cultural significance of playing cards, because of printing playing cards went from being a game of kings to a games for everyone, this bridges the gap between nobles and peasants, and even to this day a deck of cards can connect total strangers as many games are totally universal. The book also refers to a character called “Master of the playing cards” i need to do more research into this character but from what i can glean he was the first master of printmaking, and considering the importance of playing cards, this character could be thanked for helping create such a universal culture. 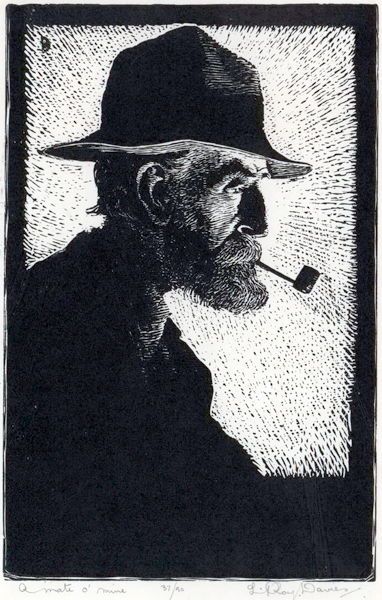 I believe learning the foundations and history of design is vital for all designers hoping to become “avant guarde” or to create forward thinking designs. Knowledge of historic trends, fonts and styles acts like an creative arsenal for any designer when approaching new creative challenges. Modern woodblock print artists still use techniques similar to Gutenburg so will often refer back to renaissance designs, artists such as L. Roy Davies capture a modern more expression feel to the ancient technique, using shadows for the colour, the negative space forms the details and acts like the light in the image.

The renaissance period is a fascinated period of history, with such a surge in discovery and in peoples drive to learn, some amazing character appear such as Da Vinci and Copernicus. I love seeing the sketchbooks and drawing they made, in particular its when you see the notes that you start to really see into the mindset behind these people. More localised to design, i find the craftsmanship behind the fonts and the layouts astounding, a technique that could take a modern design seconds to do originally would take hours, this streamlining of process i feel has given room for laziness in modern design. These reminder of old techniques and styles inspires me to stop and slow down more and look to create a much better crafted design for the brief at hand.